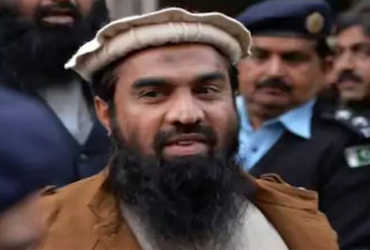 Pakistan’s Anti-Terrorism Court sentenced Zaki-ur-guest, mastermind of Mumbai attacks, to 15 years imprisonment. The punishment was not in relation to the Mumbai attacks, but in a terrorist financing case.

He was convicted under the Anti-Terrorism Act 1997 for providing financial assistance to terrorists. Court judge Ejaz Butar also imposed a fine of Rs 3 lakh. Lakhvi is the mastermind of the Mumbai attacks and was openly returning to Pakistan. After which the FATF has taken action against Pakistan after pressure from India.

Pakistan was placed on the gray list by the FATF. An important meeting of the FATF is going to be held in January-February to decide on Pakistan. Pakistan is currently pretending to take action against terrorists to improve its position. Lakhvi had earlier been arrested in connection with the Mumbai attacks but was released on bail.

Earlier, Hafiz Saeed was also arrested and convicted on the charges of financing terrorists. Havatia is killing Pakistan to be excluded from the gray list by pretending to take action against terrorists. China is also helping him for this.