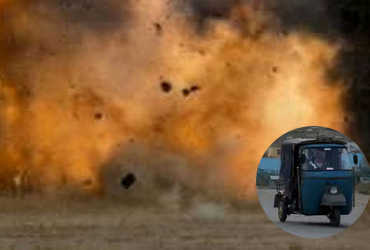 A bomb blast near Ghazni province in Afghanistan killed at least 15 children and injured more than 20. The bomb exploded shortly after noon in front of a packed car with children.

A man selling various goods transported his rickshaw to a village in Gilan district in Ghazni province, Afghanistan, and after the rickshaw arrived, many children moved around.

Suddenly there was a huge explosion in the area, killing at least 15 children. No terrorist group claimed responsibility for the attack. Investigations are on as to why these children were targeted. The higher the number of injured, the higher the death toll.

The growing terrorist attacks in Afghanistan are mainly targeting Shia Muslims, minorities. Authorities suspect the motive behind the attack was the same. Preliminary investigations have revealed that a sticky bomb was used for the attack. Which was mounted in the vehicle.