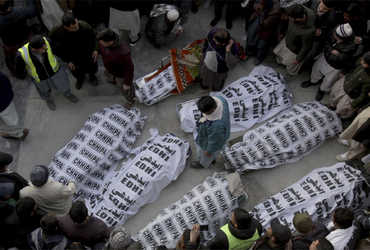 Attacks on Shia Muslims along with minorities are increasing in Pakistan. The Shia Hazara community here was attacked in Balochistan. As a result, 11 people working in the mine have died.

The workers were first abducted by an unknown gunman and later shot and killed. Six people died at a place called Moch Cole, while others lost their lives on their way to the hospital. More than 10 workers were injured in the attack.

The police and local administration were stirred up after the incident. Failing to protect minorities and Shia Muslims, Pakistani Prime Minister Imran Khan condemned the attack. He also called the attack a cowardly act by terrorists.

Balochistan Chief Minister Jam Kamal Khan also condemned the attack and demanded a high-level inquiry. Although no terrorist group has claimed responsibility for the attack yet, most Shia Muslims in Pakistan are being targeted by Sunni Muslim terrorist groups and such attacks have increased in recent times.

Shia Hazara Muslims are a minority, particularly in Balochistan, and are often targeted by the military. Atrocities by Pakistan’s Imran Khan government and military are increasing in the region. As a result, the citizens of Balochistan are now seeking India’s help. A few days ago a female worker from Balochistan in Canada was also killed.