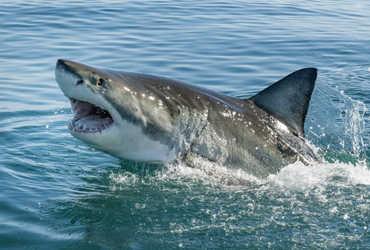 Films have been made in Hollywood on the conflict between the man at sea and the giant invading shark. As a result of the increased hunting of these sharks, the number of sharks has decreased by 21.1 percent after 150. According to the International Union for Conservation of Nature, every fourth species of marine life in the world is in danger of extinction. The decline in shark species is seen but such a large decrease is shocking. Thirteen of the 21 species of sharks are endangered. These include sea whip, scalloped, hammerhead and more and more hammerheads.

In 2014, a Canadian university study found that 100 million sharks are killed each year. This figure is about 4.5 percent of the world’s sharks. The anatomy of a shark is different from that of a fish. A fish’s body is made up of ribs and bones while a shark’s body is made of cartilage instead of bone, so it takes years to mature. Since sharks breed like mammals, their numbers do not increase quickly. According to data published in the journal Nature Scientific Report, rising sea temperatures are adversely affecting marine life. Due to changes in sea temperature, shark cubs are born prematurely and development is impaired due to lack of nutrition. Size is also declining due to nutritional deficiencies.

With the increase in efforts to increase fish production, the number of shark prey has increased 15-fold. In modern fishing methods, large fish such as sharks are not released after being trapped in meat and liver oil nets. In addition to hunting, sharks and rays are injured in collisions with fish ships. Oil and gas drilling and sustainable change are equally responsible. Research has warned many times before, but for the first time, fish are on the verge of extinction on such a large scale. Experts believe that since sharks are important for the balance of ecosystems, it is important to protect them without going to their endangered nature.