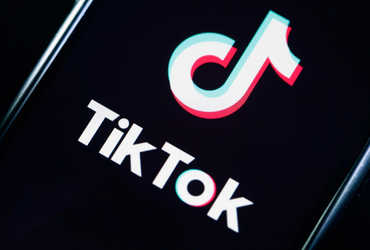 Rome, Ta. 23
The issue of Tiktok in Italy is hot. A 10-year-old girl was playing the Blackout Challenge on Tiktok’s platform when she died in an accident. The demand for a ban on ticktalk gained momentum on Italian social media.
A 10-year-old girl was found unconscious in the bathroom while playing the Blackout Challenge on Tiktok’s platform. He later died while undergoing treatment at the hospital. The investigation revealed that she was online in Tiktok before her death and participated in the Blackout Challenge. While alive, he took the step that led to his accidental death.
According to the parents of the deceased girl, the younger daughter told the parents after the incident that the elder sister had informed her that she was playing a blackout game in Tiktok.
The Italian government has ordered an immediate investigation into the case. Not only this, the Italian data privacy watchdog has blocked several suspicious accounts, given the seriousness of the incident. The police checked the girl’s phone and also alerted Tictok officials. The Italian government has ordered action against all fake and suspicious accounts of Tiktok.
“We are cooperating with the Italian authorities,” Tiktok said in a statement. No content was found on our platform and no details of such a challenge game were seen. Tiktok claims that privacy and security of users is our priority. We do not promote any such dangerous sport.
Despite the defense of Tiktok, the Italian government has begun to crack. There is also resentment among the people about this incident. People have demanded strict rules for social media in the country.