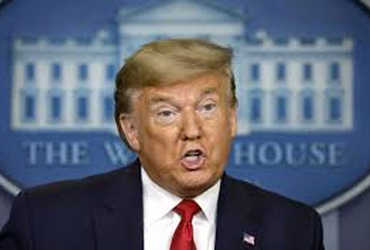 Ten former US defense ministers who have worked with Trump suspect that Trump will not easily hand over power on 20 January. All ten former US defense secretaries have written to Trump. It appeals to accept defeat and vacate the White House. Please keep the army away from the stress of your power.

This is the first time in American history that no president is willing to step down. There are also doubts that Trump could revolt with the help of the military. In that sense, it is possible that Trump’s credibility may be eroding. The letter said that any action taken with the help of the army would be dangerous and unconstitutional.

The authors of the letter include Mark Asper, who was fired by Trump in November as Secretary of Defense. In addition, Dick Cheney, William Perry, Donald Rumsfeld, Roberts Gates, Leon Panetta, etc. have written a letter. His letter appeared in the article in the Washington Post.

The letter did not name Trump. But the point is that it only applies to Trump. The letter on 3 January stated that the time had come to doubt the election result, now it was time to accept the result and move forward. Earlier, the US Supreme General had also made it clear that the US Army is committed to the Constitution and not to anyone. So if Trump goes to take an unconstitutional step, the military will not support him.