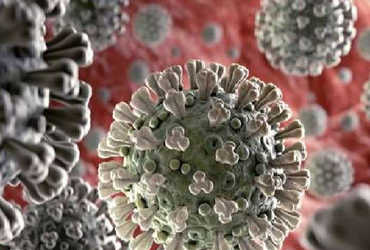 London, Ta. 25
Four new changes in the nature of the corona virus have been observed. Researchers have discovered six changes to the new genetic code. Not only this, seven features of this new form have also been identified. 12 out of 9 changes are considered serious.
Concerns around the world have resurfaced after a new version of Corona was identified in countries including Britain. Meanwhile, researchers have noted six changes in the genetic code of the new strain. Experts warn that changes in the genetic code are minor, but the effects of 12 other genes may be severe.
Researchers have also studied detailed data and found that the first change in the nature of the corona was recorded in the British province of Kent in September. The second pattern was reported in South Africa. Another investigation has revealed that the corona’s appearance changed for the first time in November when the corona outbreak increased. The rest of the forms were then seen in December.
Researchers have also identified seven features of the new form. Most symptoms occur in the corona. Fever, cough, fatigue, headache, diarrhea, muscle aches, and skin rashes may be new forms of corona.
Researchers from around the world, including Britain, are working to find a new strain of the corona virus. Many scientists have begun to see the direction of efforts to prevent coronaviruses from being replaced repeatedly.